This years club speech contest was held in Christine Lennon's home in Nerang on Saturday 23rd September, 2017. It was an unusually hot spring day and Christine's Air Conditioner was very welcome. It was once again a very successful contest. Thanks to all the participants and  helpers and especially to Christine who organised and hosted the event. Well done. 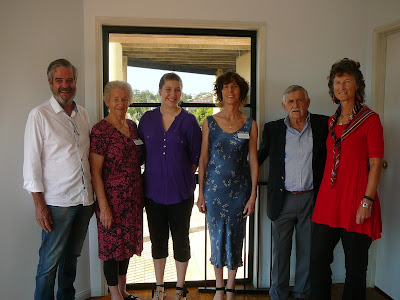 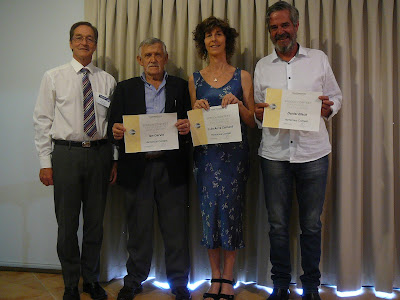 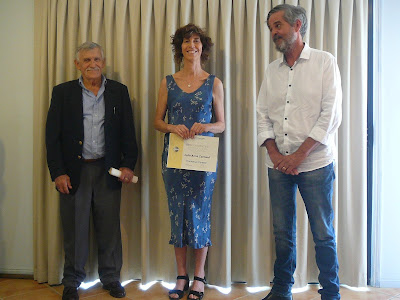 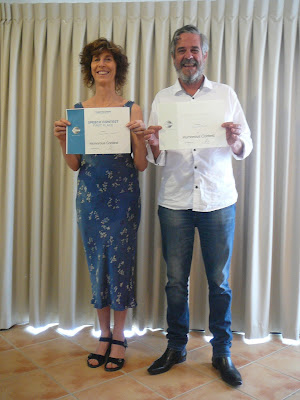 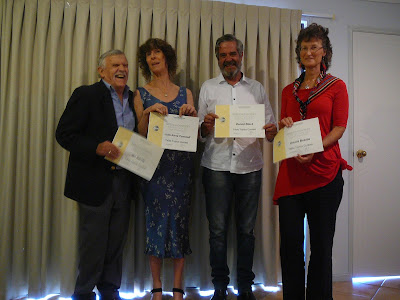 The Table topic question:  "I was driving along the motorway, when suddenly..."  had to be  answered in a  time of 1.5 to 2.5 mins. As the final participant, it was a weird feeling to come into the room, knowing that I was the only that did not know the question, until I was called up to the stage and given the question by Rod, the contest MC. 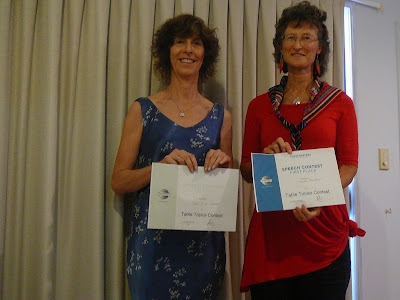 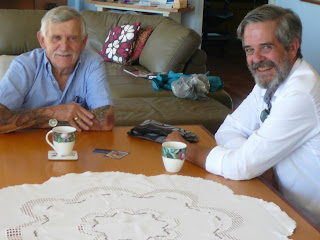 Ian Garvie and Daniel Black enjoy a chat over lunch 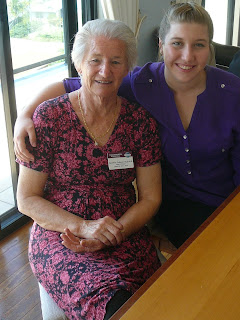 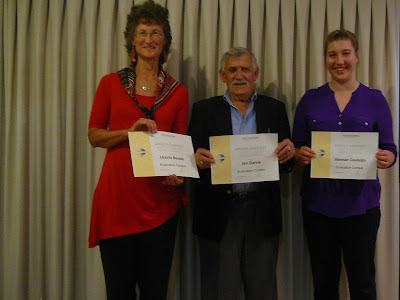 Thanks to Colleen Carnes from Robina Sunrise TM club, who gave the 5 - 7 min test speech (for the evaluation contest). She wasn't fazed one bit by Pug and Emo (Christine's much-loved Pug and French bulldog) who were very keen to come into the room and observe her speech. They didn't seem interested in any of the other speeches!! 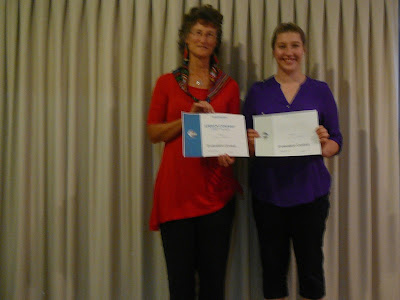 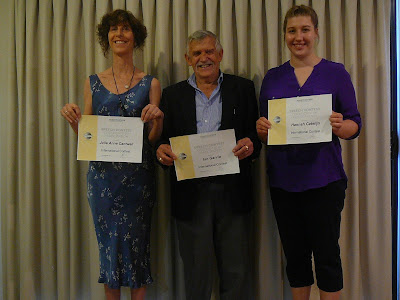 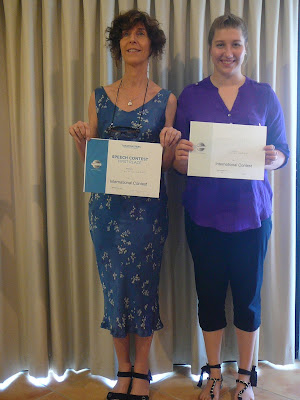 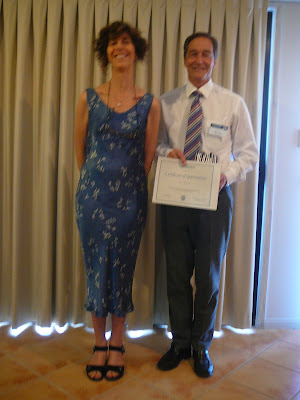 Club President, Julie Anne Cantwell thanks the contest MC Rod Dixon for his participation and contribution to the success of this years speech contest. 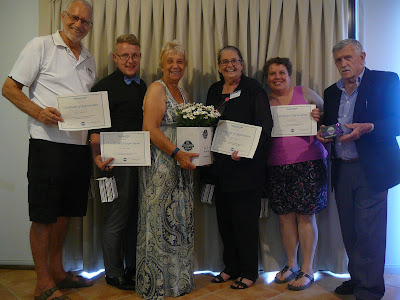 Also a huge thanks to the contest judges: Ian Mc Larren, Mitch, Deniece and Tracey with Ian Garvie and Christine Lennon  (centre of photo) - contest organiser, tally counter, chef and host.
Missing from photo: Sarafina Zubovic who was timer for the contest with Colleen Cairnes.

The  Area 24 conference and 2nd round of the speech contests will take place  on the 21st October in Arundel. See the upcoming events tab for more details. 1st and 2nd place getters will go through from our club to this contest. Best wishes to all.

Posted by Helensvale Daybreak Toast Masters at 6:02 PM No comments:

Themed meetings add variety and interest to our weekly meetings. The toastmaster or MC who leads the meeting  is responsible for selecting the theme for the day.
The following reports are from two club meetings in September with two different themes: Social Media and Negotiation.

Ian Garvie was the Toastmaster (MC) for the day. His chosen theme: Social media.

His  question for all of us: Is Social Media friend or Foe?


There were some very interesting answers to this question from the audience during our introduction of members section.
Networking was the word of the day (WOD)– selected by Sarafina, who also gave a report on the WOD usage and grammarian report towards the end of the meeting.

Occasionally we have Debates related to the Theme of the day. The participants are required to speak for or against the motion regardless of their personal preferences!
Nicole led a debate with 2 motions. 1.  Is Social Media beneficial for society?  Ursula spoke in favour and  Aimee spoke against.
2. Are Face book Friends better than real friends? debated by Ian (For) and Mark (Against). Both questions produced lively and entertaining answers.


Julie Anne gave a speech in preparation for the upcoming club speech contest.
A good selection of thought provoking Table Topics led by Mark Butler. For example “Is Social media heading in a positive or negative direction?”


Nicole answered the table topic: What is your favourite form of social media?: In Aimee’s evaluation of table topics, she noted that “Nicole  was like butter – very smooth!”  Another great quote Aimee!
In the evening, I 'happened' to  turn on the 612 ABC radio and there was a very interesting discussion and talk back  with a psychologist about  “Does Social Media and Facebook in particular,  make you sad and depressed?” It would appear that for many people, it does. What do you think?


An Excellent meeting today with a great vibe and very well run.

Nicole Kelly was the Toastmaster (MC) for the day. Her chosen theme: Negotiation.

Her question to all of us: What is your negotiation style?

[after first explaining the 5 different negotiation styles: 1. Competing Win/lose; 2. accommodating Lose/win;  3. compromising lose/win some: lose/win some;  4. collaborating win/win and 5. avoiding lose/lose]
One of the Guests,  Cameron was at a  workshop on this very topic the previous day, so this was an easy question for him to answer.  I love how synchronicity is always at work at our TM meetings!


Nicole shared a great quote:  “Money isn’t everything, but I would rather cry in a Mercedes than on a push bike!”
Hannah was the 1st speaker with a speech from the speaking to Inform manual about how to play the violin. She gave a very informative and interesting presentation, especially for those of us that have never played the violin. Julie Anne evaluated Hannah’s speech


Ursula was 2nd speaker with a speech project on using Vocal variety. A story about the highs and lows of her recent visits to an aged care facility  in Ireland.
Christine evaluated this speech as well as the table topics questions with her usual expertise. She  demonstrated her excellent multi tasking and focusing  skills, despite the fact she has only been back in the country a few days after a long haul flight.
Posted by Helensvale Daybreak Toast Masters at 5:40 PM No comments: